Why 80% Data Hypocrisy Is seen in India? - The Digital Fellow 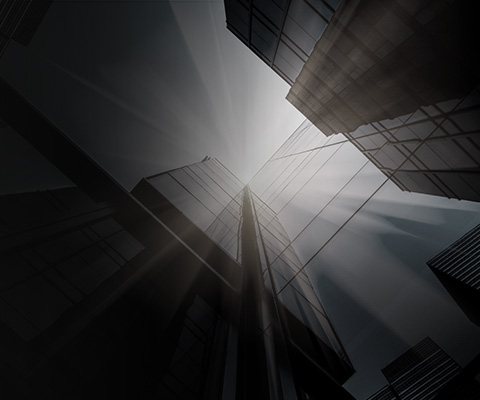 Why 80% Data Hypocrisy Is seen in India?

We came across an educational institute once. They wanted conversions, not just leads. Within a span of 6 months, they wanted over 1000 enrolments. You’d think, wow! That’s being ambitious. Good going! Surely they had a solid strategy to get there?

DATA - everybody is talking about it. But just 24 % of Indians entire workforce use data to make decisions. The conclusion: good data is not being used by India's most important people-CEO, CXO and HR. Nearly 70% of CXOs feel that data is only useful when it's handled by skilled professionals, but a good 54% of them use it as an essential component.

Data is a buzz word these days. If a company isn't already planning to use data analytics in their workplace, then they definitely want to increase their data-driven approach, right? Not necessarily. In fact, many Indian organizations aren't saying this either but that doesn't stop us from believing it's true. In this article CXO will give examples of when they've seen bias and misuse go unchecked as Indians traveled abroad.

Data is often seen as a dry and uninteresting topic, but it's actually critical to our lives and our economy. In India, data is often used to make decisions that impact our lives, from choosing which products to buy to where we should live. However, there's a big problem with the way data is used in India - 80% of it is fake!

1. Mostly Senior CXO comes from Traditional world so not comfortable with data driven approach: In the traditional business world, decision-making is often based on experience and intuition rather than data. This can be a problem when it comes to adopting new data-driven approaches, as senior executives may be resistant to change.

3. Lack of skills: There is also a lack of skills when it comes to using data effectively. Many decision-makers in India are not comfortable using data to make decisions, as they lack the necessary skills.

4. Fear of failure: Another reason why data hypocrisy is seen in India is because decision-makers may be afraid of failure. If a decision is based on data and it turns out to be wrong, this can be seen as a failure of the system.

The lack of data science personnel in Indian businesses, especially SMEs, is a major contributor to the country's data hypocrisy. India has a vast pool of skilled workers in this field, but they are largely concentrated in a few large companies and not sufficiently represented in smaller businesses. This creates a situation where businesses that can afford to hire data scientists have an advantage over those that cannot.

This discrepancy is further compounded by the fact that, even within India's large businesses, data scientists are not always used to their full potential. This is often due to a lack of understanding of the value that data science can bring to a business. As a result, many businesses do not invest enough in data science personnel or in the infrastructure needed to support them.

The net effect of all these factors is that data hypocrisy is rife in India. Businesses that should be using data science to gain a competitive edge are not doing so, while those that cannot afford to hire data scientists are at a disadvantage. This needs to change if India is to fully realise the potential of its vast pool of skilled workers in this field.

1. In India, gut feeling are more used than data when making decisions. This often leads to non digital environments and can cause data hypocrisy.

2. Data is often seen as less reliable than gut feeling, even though it can be more accurate. This is because data can be misinterpreted, while gut feeling is seen as more instinctive.

3. Gut feeling often leads to confirmation bias, where people only look for information that supports their already held beliefs. This can lead to bad decision making.

4. Data, on the other hand, can help to challenge our beliefs and lead to better decision making. It is important to consider all the available evidence before making a decision.

In conclusion, data should be given more consideration than gut feeling in order to make better decisions.

Data are often used in isolation in India, which can lead to hypocrisy. For example, data on poverty may be used to argue that there are more poor people in India than in other countries. However, data on GDP may be used to argue that India is a rapidly growing economy. This can create a hypocritical situation where people only use data that supports their own arguments, without considering the whole picture.

Another reason for data hypocrisy in India is that data are often misinterpreted. For example, data on child mortality rates may be interpreted as meaning that Indian children are dying at an alarming rate. However, this data does not take into account the fact that India has a large population, so the child mortality rate is actually quite low. This misinterpretation of data can lead to false conclusions and hypocritical arguments.

In India, it's not uncommon for businesses to still be using Excel sheets to track their data. This is despite the fact that there are now plenty of options for more sophisticated data management tools. The reason for this is that many businesses in India simply can't afford to invest in more expensive data management solutions. They're already struggling to keep up with the competition, and investing in new software would put them at a further disadvantage.

However, this doesn't excuse the hypocrisy of those who claim to be championing data-driven decision-making while still using Excel sheets. If they're really committed to using data to make better decisions, they should be willing to invest in the tools that will help them do that. Otherwise, they're just paying lip service to the idea of data-driven decision-making.

There are many reasons why data hypocrisy is seen in India. One reason is that businesses in India often lack data-driven decision making. This means that decisions are often made based on personal opinion or intuition rather than on hard data. This can lead to sub-optimal decisions being made that could have negative consequences for the business.

Another reason for data hypocrisy in India is the low quality of data that is available. This can make it difficult for businesses to make decisions based on accurate and up-to-date information. Additionally, the data that is available may not be representative of the entire population, which can lead to biased decision making.

Overall, data hypocrisy is a serious problem in India that can have negative consequences for businesses and individuals. It is important for businesses to be aware of this problem and to make sure that they are making decisions based on accurate and up-to-date information.

Data is important for all companies, regardless of size. It helps companies to understand their customers and make better decisions. Without data, companies would be operating in the dark.

It’s time for Indian companies to wake up and start using data. Only then will they be able to compete with the top MNCs in the world.

There's no denying that data is becoming increasingly important in our world. But as India rapidly grows into a global powerhouse, it's important to remember that we can't take a one-size-fits-all approach to data. Just as every country has its own unique culture and customs, so too does India have its own nuances when it comes to data.

Indian businesses and consumers are becoming more sophisticated and discerning when it comes to data, and they're also becoming more aware of the potential risks associated with sharing their personal information. As such, there's a growing need for companies operating in India to be more transparent about how they collect and use data.

But while there's been some progress in this area, there's still a long way to go. Too often, companies collect data without adequately explaining why they're doing so or how the data will be used. This needs to change if India is to become a world leader in the digital economy.

So if you're unsure about what kind of consulting firm who can guide you through is best for you, take some time to reach out to us , are the Data Driven Digital Consulting firm Audit experts in people, process, Technology & Culture enablers and we can help your organization transform digitally in 18- 20 months period.

We work with ambitious leaders who want to define the future, not hide from it. Together, we achieve extraordinary outcomes.