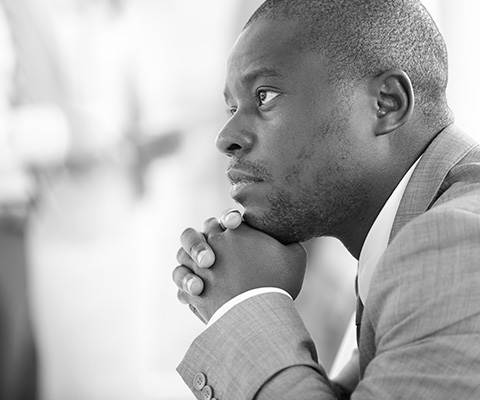 Data is the new currency. But companies in India lack analytical data because of a maturity gap in understanding, utilizing, and collecting data.   India is a country that is rich in new businesses but remains very data scarce. This article examines issues around the lack of data in India and what it means for […]

Data is the new currency. But companies in India lack analytical data because of a maturity gap in understanding, utilizing, and collecting data.   India is a country that is rich in new businesses but remains very data scarce. This article examines issues around the lack of data in India and what it means for businesses around the world. Topics investigated are how companies should handle their limited data, and the importance of becoming more data literate as there becomes a shortage. Gaining publicity as well as points about globalizing field skills like data science to build core competencies for emerging markets like India.

What the report says

The Deloitte India report on 'Data Maturity in India: The Aspirational Journey' states that Indian organizations lack data maturity. The report also states that organizations are not able to handle and manage data properly. This is because they do not have the required skills and knowledge. They also lack the right tools and technologies.

According to a report released by the Paris-based consulting firm Accel Partners, companies in India lack the data maturity level necessary to leverage data to its fullest potential. In particular, these companies are struggling to use data for planning, analysis, and decision-making.

Accel Partners defines data maturity as "a set of capabilities that allow organizations to take full advantage of data for their operations." They argue that companies in India need to develop a number of these capabilities in order to be able to effectively utilize data. These include being able to identify and use quality data, understanding how data can be leveraged across different business functions, and developing effective tools for measuring progress.


Currently, Indian companies are not making effective use of data due to several factors. For example, many Indian businesses are still reliant on paper records and don't have a systematic way of tracking information.

This limits their ability to analyze and use data effectively. Additionally, Indian businesses traditionally prefer closed systems where all employees share the same view of the company's information. This makes it difficult for managers to make decisions based on accurate information.

Increasingly, however, Indian companies are starting to realize the benefits of using data. In fact, Accel Partners expects

India ranks low when it comes to data maturity according to a recent study by Boston Consulting Group (BCG). The study looked at data management practices across 74 countries and found that India falls far behind in terms of its ability to leverage data to improve business performance.

BCG notes that many Indian companies are still using paper-based systems and lack the necessary infrastructure to store and analyze data. This lack of data maturity can limit companies' ability to improve their performance, find new sources of revenue, and compete on a global level.

BCG recommends that India take steps to improve its data management practices in order to create the economic opportunities that the country so desperately needs. By understanding how data can impact business performance, Indian companies will be able to overcome some of the obstacles that stand in their way.

India is still a developing country when it comes to data maturity. This lack of data maturity as hindrances in the way of the country from becoming a data-driven economy. The stone age infrastructure, legal and policy framework, and social attitudes all act as deterrents to making India a data-driven economy. The situation is not all doom and gloom though, as there are many initiatives being undertaken by the government to try and improve data maturity in India. only through continuous effort and investment will India be able to catch up to the rest of the world in this regard.

There are several reasons why India is a less data-mature country. One of the main reasons is that CXOs in India cannot leverage data to its fullest level. In many cases, they do not have the necessary tools or resources to make use of data for decision-making.

Another reason for India's lack of data maturity is its slow development cycle. Many businesses in India do not undergo rigorous reforms or changes for a long time. This severely hampers the ability of companies to take advantage of new technology and developments.

Finally, India's regulatory environment is also a major hurdle in terms of data utilization. The country has a long list of regulations that businesses must abide by if they want to use data safely and responsibly. This can often be a challenge for companies that need to use large amounts of data.

The lack of data maturity in India

In India, data is often seen as a low priority. This is especially true when it comes to government data. While the country has made some progress in making data more accessible and understandable, there is still a long way to go.

One of the biggest challenges facing India is the lack of data maturity. This means that many decision-makers are not using data to inform their decisions. This can have serious consequences for the country.

This lack of understanding can lead to decision-makers making decisions based on personal biases rather than evidence. This can have serious implications for the country, especially when it comes to important decisions such as allocations of resources or policymaking.

How India can leverage data to become a competitor in the digital economy?

India has been a late adopter of big data and analytics but is starting to make up for lost time. The country has the opportunity to use data to become a major player in the digital economy, but it will need to overcome some significant challenges first.

One of the biggest obstacles facing India is the lack of data maturity. While the country has vast amounts of data, much of it is unstructured and unorganized. This makes it difficult to extract valuable insights that can be used to inform decision-making.

To become a competitive force in the digital economy, India will need to invest in developing its data infrastructure and capabilities. This includes building a strong foundation of clean and reliable data, as well as investing in the tools and technologies needed to make sense of this data. Additionally, India will need to create an environment that is conducive to innovation and allows businesses to experiment with new ideas.

By taking these steps, India can position itself as a leader in the digital economy and unlock the power of data to drive economic growth.


One of the main reasons why India lacks data maturity is that its CXOs can't leverage data to the fullest level. This is because they lack the necessary skills, knowledge, and infrastructure.

However, there are a few things that India can do to improve its data management capabilities. For example, it can focus on improving its data planning and storage functions. It can also focus on developing better analytics tools to help grasp insights from data. In addition, India can work to expand its cloud storage capacity so that more data can be stored locally.

Overall, India's lack of data maturity is a major setback for its digital economy ambitions. However, by focusing on improving these areas, India may be able to catch up and even surpass other countries in terms of data management skills.

There are a number of factors that contribute to India's lack of data maturity, including a lack of standardization and coordination between different government agencies, a lack of skilled personnel, and a general lack of awareness about the importance of data. However, with the right policies and investments in place, India has the potential to become a world leader in data-driven decision-making.

So if you're unsure about what kind of consulting firm that can guide you through data-driven marketing is best for you, take some time to reach out to us.

We are a Data-Driven Digital Consulting firm with Audit experts in people, process, Technology & Culture enablers and we can help your organization transform digitally in an 18- 20 months period.

We work with ambitious leaders who want to define the future, not hide from it. Together, we achieve extraordinary outcomes.